Affordable Ways to Welcome 2019 in London 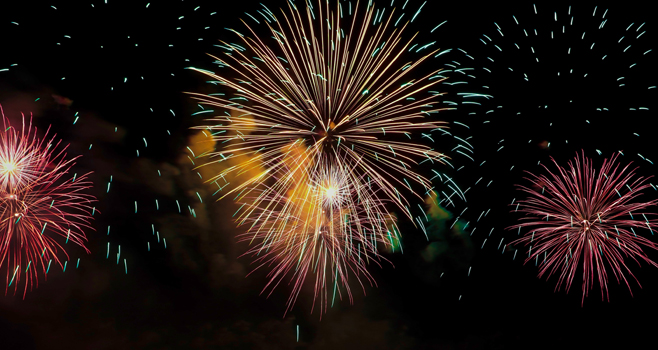 People come from all over the world to enjoy the attractions of London, and this is especially true over the Christmas and New Year period. The streets of the city themselves, always packed with tourist attractions and sites of interest, become magical when transformed with Christmas lights, and the shop window displays are easy to enjoy even if you’ve finished your Christmas shopping. Stay close to the heart of the excitement when you book a stay in one of our backpacker’s hostels in London. As well as being within easy traveling distance of the parties, markets, shops and events that mark this special time of year, this London backpacker’s youth hostel provides clean, comfortable, affordable accommodation. A room in a London backpacker’s youth hostel is the ideal base from which to explore everything the city has to offer on the very special night of New Year’s Eve:

The London New Year’s Eve fireworks are famed around the world. This year’s display, based on the banks of the Thames, will feature more than 12,000 fireworks. Although tickets for the display tend to sell out fast, the fireworks themselves are so spectacular that they can be enjoyed from virtually any part of central London, particularly if you’re enjoying New Year’s Eve drinks at one of the many rooftop bars. As a special London treat, the chimes of Big Ben, which have been silent during renovation work, will be allowed to ring to mark the turn of the year.

Every year, during the Christmas period, the iconic Shard building puts on a free Christmas light show. The top 20 storeys of the tower are transformed into a colourful spectacle that lights up the skyline, between 4pm and 1am. On New Year’s Eve, this is accompanied with an extra special light show, and the good news is that it’s all completely free of charge and easy to enjoy from miles around.

For an alternative view of the fireworks and a unique way to welcome the New Year, take an evening cruise along the Thames, and relax as you take in the stunning sight of the whole city lit up like a Christmas tree. There are various types of cruise to choose from, including those which offer live entertainment, and boats serving food and drink as you party on the water. For a high adrenaline alternative, why not take a high-speed powerboat ride along the Thames, with the promise that you’ll have cruised back to the South Bank in time to take in the fireworks.

There are numerous rinks open across the city of London through the Christmas and New Year period, offering the chance to get on the ice whether you’re a seasoned skater or an absolute beginner. The rink at Somerset House, however, goes all out on New Year’s Eve to provide an alternative partying venue with just the right amount of frozen winter chill. Tickets can be purchased just to watch, or to get on the ice yourself, and highlights include dance routines, party music and even a fantastic view of the fireworks from the River Terrace.

Clubbing
There are club nights and events all over London on New Year’s Eve, and many of them are extremely expensive. The good news, if you’re visiting on a budget, is that there are some night clubs which come in at less than £20, while still offering an unforgettable New Year’s partying experience. These include:

Although New Year’s Eve is the focus of many people’s celebrations, the fun doesn’t stop there. If you’ve booked yourself an affordable room in a London Backpacker’s youth hostel, you can spare the time and money to stay around and enjoy the famous London New Year’s Day Parade. It takes place through the West end of London and involves more than 10,000 performers such as dancers, acrobats and marching bands. The parade also includes giant inflatables of London icons like black cabs and red phone boxes, as well as classic cars and brass bands.